How many hours do successful people sleep? We’ve taken a deeper look at when millionaires wake up and when they go to bed, allowing us to see how it compares to average Americans, who on average are sleeping far less than they used to in the 1940s.

So, do successful people sleep less? Using only a handful of examples, there’s no clear trend. Often, people claim that the most successful people wake up early, and there are plenty of examples that support this, such as Jeff Bezos, Howard Schultz, Martha Stewart, Tim Cook, and Bob Iger, all millionaires who wake up before 5 a.m. (We wonder what mattresses they sleep on?) 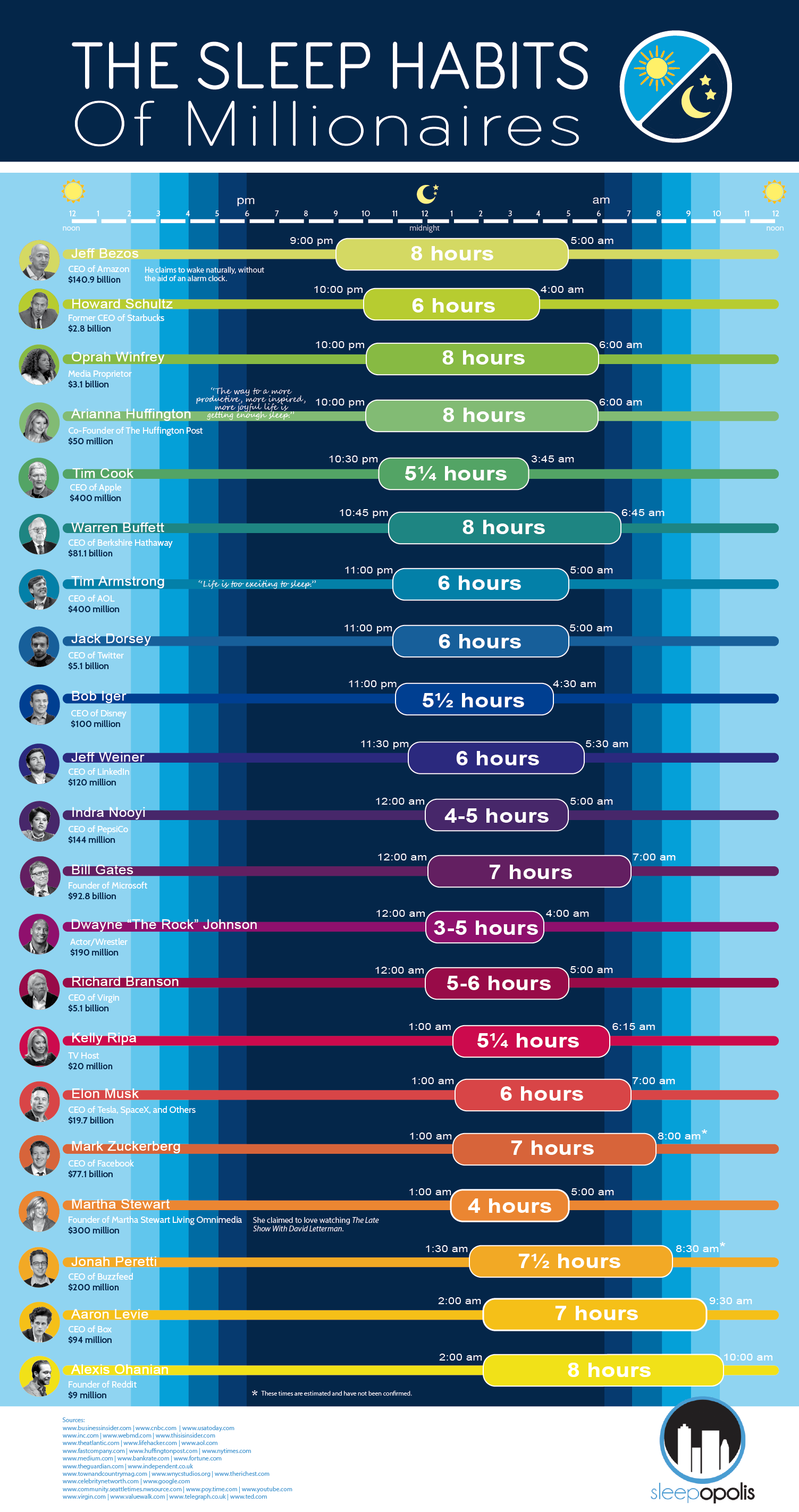 However, some individuals, like Alexis Ohanian in the early days when he was helping to found Reddit, don’t get up until after 10 a.m., almost like college students!

Let’s take things up a notch. How many hours do billionaires sleep? Elon Musk, who makes the infographic above at 6 hours of sleep a night, is famous for saying successful entrepreneurs need to “just work like hell. You just have to put in 80 to 100 hour weeks every week.” That many hours in a work week likely doesn’t leave too much time for sleep, especially for folks who run several multi-billion dollar corporations.

Some maintain that the key to success is to only sleep about six hours, but others disagree.

For instance, media mogul Arianna Huffington insists that the secret to success is to get more sleep! Of course, Huffington is a famous proponent of rest as a component of wellness, having authored a book on the subject in addition to giving numerous interviews and talks about the importance of sleep.

Self-care is important. Always do what’s right for you and what makes you more productive, regardless of the sleep habits of millionaires!