Many view the holidays as a generally joyous time of year, full of friends, family, and merriment. It’s also seen as a time to rest and relax. However, many of the rituals associated with this time of year — traveling, buying gifts, seeing family — can be anxiety-producing for many. In addition, struggles with overeating and overdrinking are common during this celebratory time. Though many believe they’re resting during the holidays, these stressors all contribute to a lower quality of sleep. 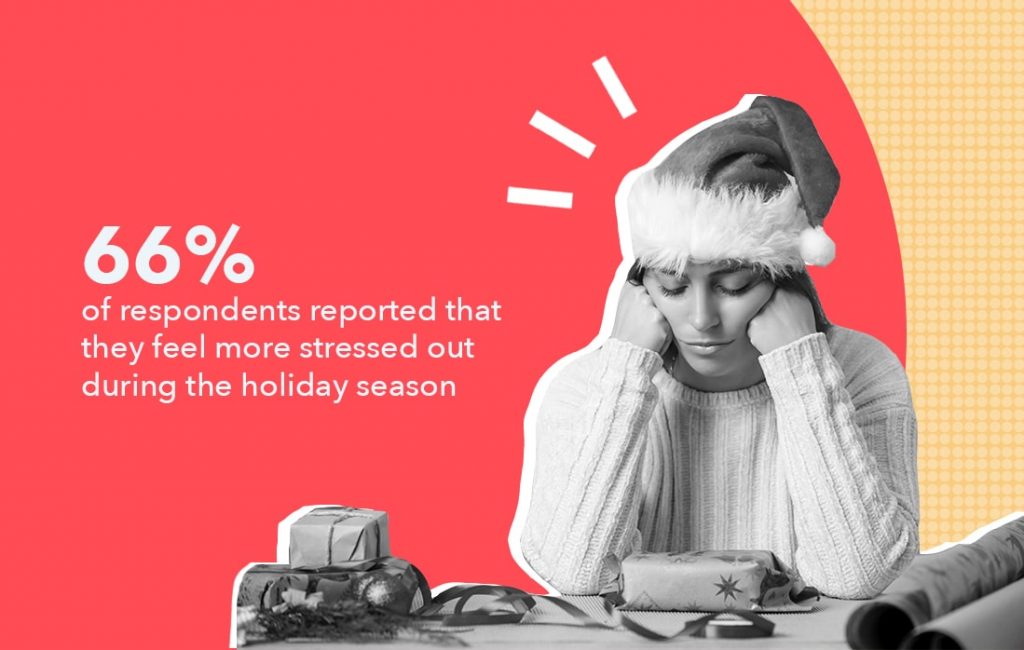 Getting enough sleep is essential for keeping our bodies in tip top shape. The Centers for Disease Control (CDC) (1) recommends that adults 18-60 get at least 7 hours of sleep a night. If you’re able to fit it into your schedule, making sure you get those hours can be easy when you plan to go to bed and wake up at a specific time, and stick to it.

However, the holidays are a change from our regular routine. We aren’t waking up at a specific time for work or school, and we might not be sleeping at our own homes where we can choose our bedtimes.

Why Are People Getting Less Sleep?

What are the main factors that contribute to people getting fewer hours of sleep during the holidays? One of the greatest factors our findings revealed was holiday-related stress. We found that 66% of respondents reported that they feel more stressed out during the holiday season.

So what’s causing all this stress? According to our findings, there are different stressors for different people. The top sources reported were: Financial factors (28%), family gatherings (21%), traveling (18%), and disrupted routines (18%). 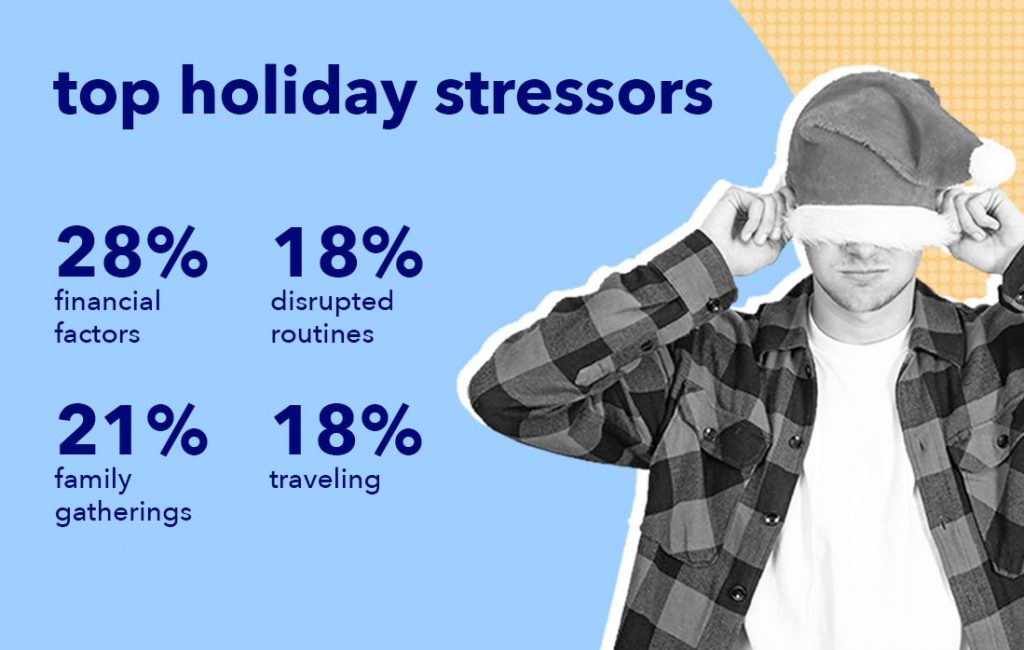 The top source of anxiety for respondents was financial factors, so we wanted to dig a little deeper and see exactly how much money this group was spending on holiday gifts.

The results were fairly evenly split between the three highest options in the survey. The greatest percentage (31%) reported spending between $300-$399, the second highest (30%) said they spend more than $550, while the lowest number of people (29%) spend between $400-$499. 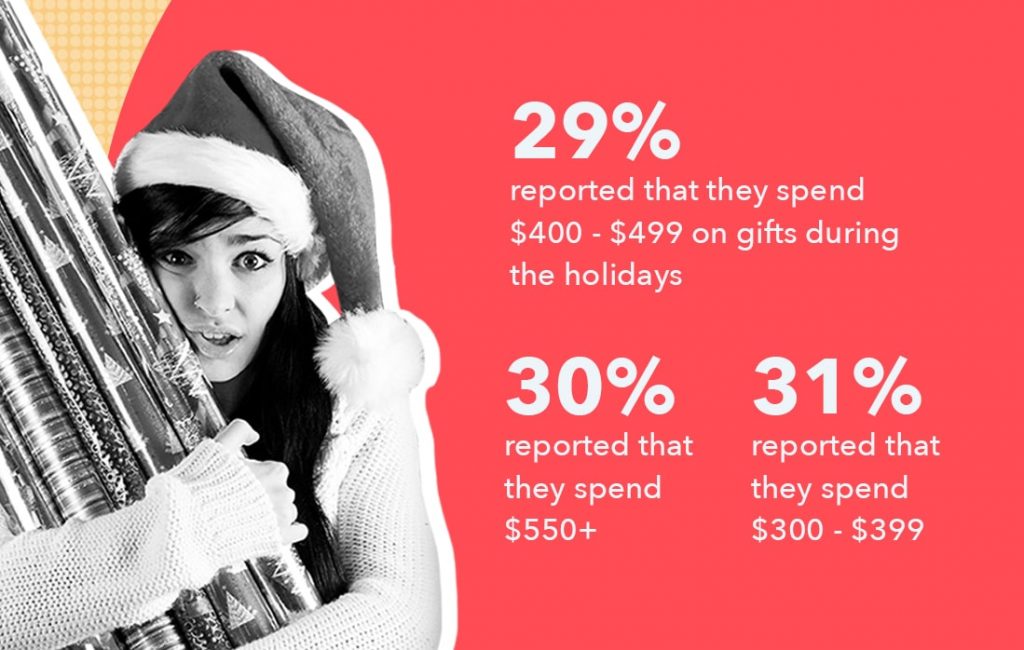 Though the majority spent the least amount of money, this may be because these respondents earned less, and therefore the amount spent was a greater portion of their income. Additionally, far fewer reported spending less than these options (between less than $20 and up to $299).

Financial stress can have negative effects on the body. It can cause headaches, a compromised immune system, high blood pressure, and digestive issues — all of which contribute to worse sleep. Additionally, financial stress can lead to anxiety and depression, which are also linked to poorer sleep.

To help prevent yourself from losing sleep over your holiday spending, try and make a budget beforehand that you can feel good about and stick to it. This way, you won’t feel like you’ve overextended your resources. 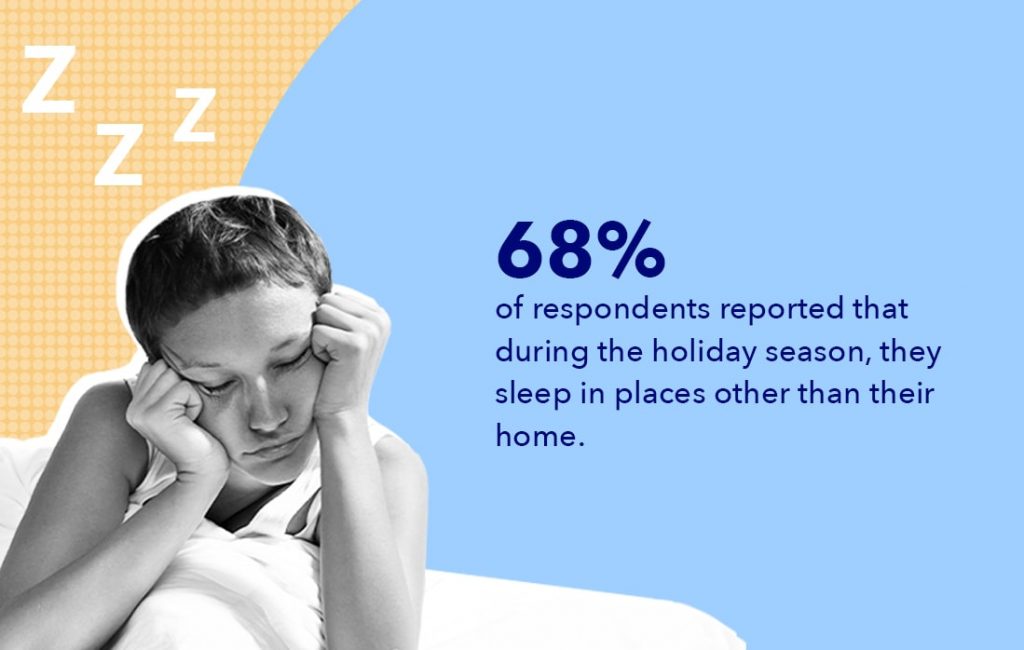 Though financial stress was the biggest source of anxiety for most during the holidays, traveling (18%) and disrupted routines (18%) together contributed to the second most added pressure of this time of year.

When we leave our homes for the holidays, we disrupt our set schedules that we have spent time creating to keep us at our most healthy and productive. We’re also sleeping in unfamiliar places, which is another routine disruption that can have a negative effect on sleep.

We found that a majority of people (68%) sleep away from home during the holidays. Of this group, the most sleep in hotels (22%), followed by a friend’s home (21%), and lastly 20% sleep at their parents’ home. 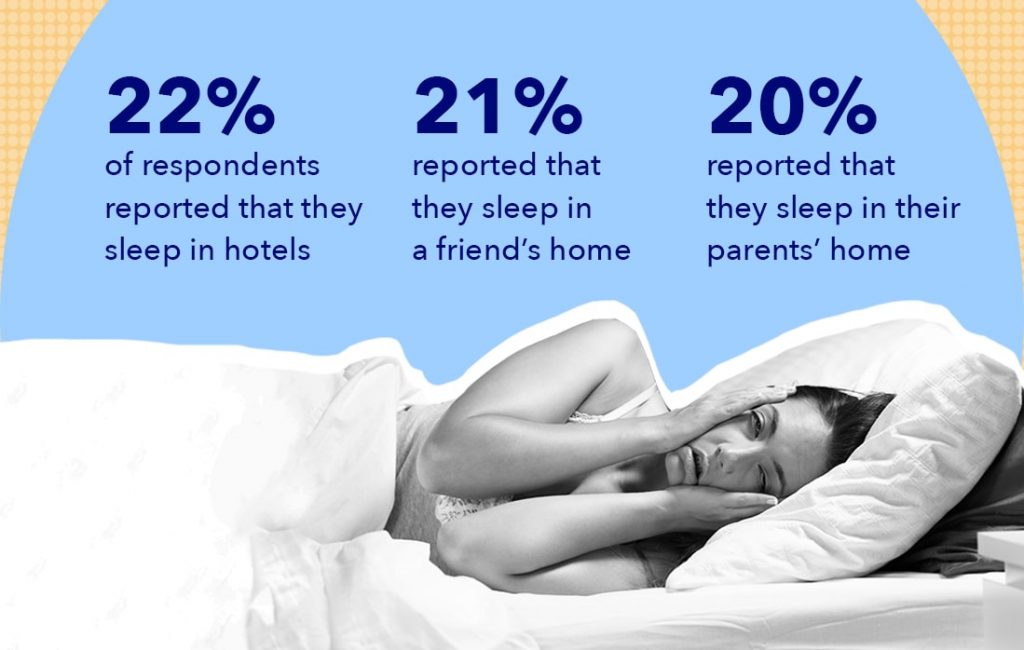 Overall, these results show that sleeping away from home tends to have a negative impact on sleep. However, if you have to choose a place to stay during the holidays, you’re most likely to get the same amount of sleep if you opt for a friend’s house.

The festive time of year is known for an abundance of food and drink. Most holiday parties have a plethora of high calorie foods and alcoholic beverages for guests to enjoy. The overwhelming majority of our respondents (79%) said that they follow a less strict diet during the holidays, and most people reported that they eat more sweets and desserts at this time. 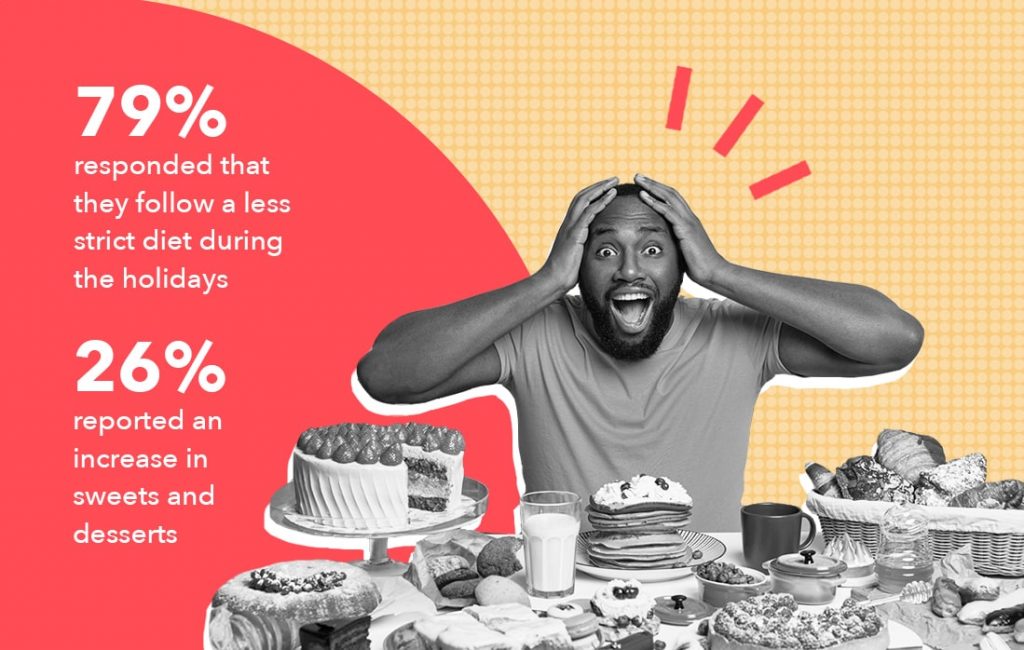 Diets high in sugar have shown to lead to poorer sleep quality, so it’s important to try and limit your intake of sweets if you want to have a restful night.

In addition to overeating, a number of respondents reported overdrinking — 58% said they drink more alcohol during this time of year. Of this group, 45% consume 1-2 drinks per day, and 40% consume 3-4 drinks per day.

Though alcohol can make us feel sleepy, consuming even moderate amounts is linked to nighttime awakening, lower sleep quality, and lower sleep efficiency. Though moderate amounts of alcohol (1 drink per day for women and 2 for men) is linked to some health benefits, heavy drinking is not linked to any benefits and increases the risk of cancer, liver damage, brain damage, and several others. Be cognizant of how many drinks you’re having and make sure not to overdrink.

Surprisingly, most respondents (62%) actually said that they sleep better over the holidays. Though this result appears confusing at first, we think it can be attributed to something called “the holiday myth”. When people have time off from work, are spending time enjoying food and drink, and don’t have as many responsibilities to attend to, they think they’re relaxing. However, these changes in routine and diet actually lead to a negative effect on sleep.

How to Improve Holiday Sleep 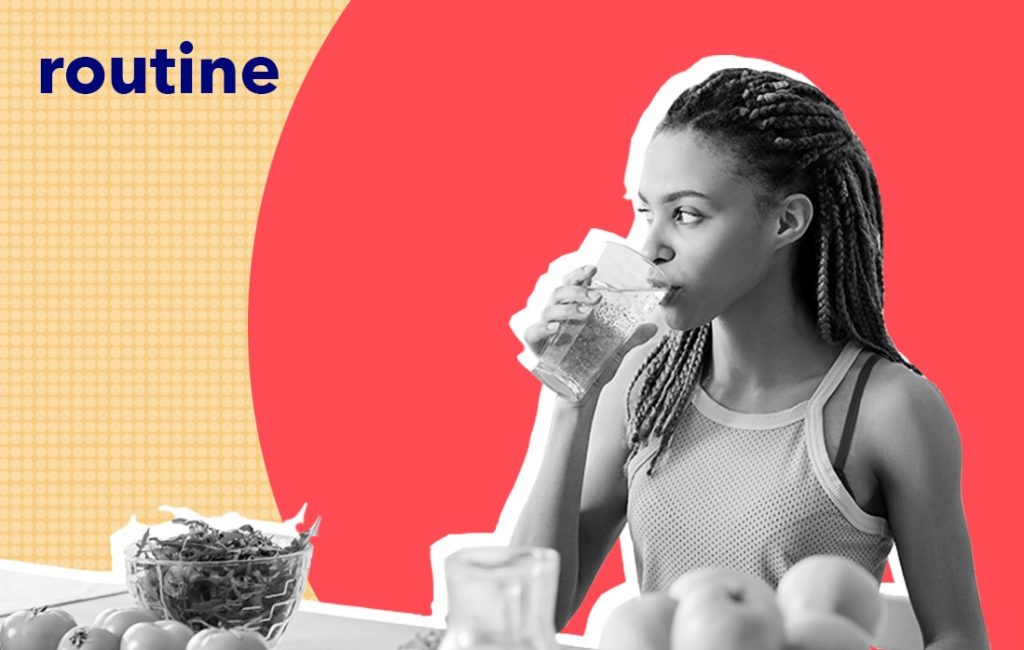 From what we’ve learned here, a lot of the practices we associate with the holiday can lead to increased stress, overconsumption, and changes in sleep routines. Though it might not be possible to mitigate all these factors, here’s a few tips that might help you sleep better:

By following these practices, you’ll be well on your way to getting quality shut-eye this festive season.

Zoë is the former editor at Sleepopolis. She is a Certified Sleep Science Coach and wrote and edited mattress reviews, and starred in mattress review videos. She is a side sleeper who prefers a softer hybrid mattress that lets her sink in.